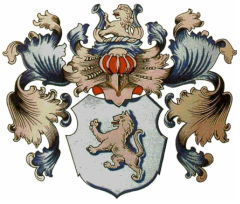 Wurlitzer Butterfly Registry Project
From researching and validating serial numbers of existing pianos, Originally, I was fairly confident that the full 88 key Streamline Art Deco models were produced from 1937 to 1939 exclusively.  From additional research via trade publications from the era, the Model 1411 was being advertised at least into early 1941.  A Wurlitzer sales packet offered to dealers showing 28 different piano models, includes the model 1411 (photo of the packet is available on the "Gallery" page), advertised Feb 1941 in the Music Trade Review.  Initially it was difficult to tell how long the model 1411 was sold, because Wurlitzer used both "butterfly" and "symmetrical" interchangeably to describe the 73 key model 235.  Recently a piano has come to light with a reported serial number dating it to 1941, but I have not been able to personally verify it.  It is the only serial number I have to date beyond 1939.
​
I am now aware of somewhere in the neighborhood of 45, 88 key "Style 1411" butterfly pianos to date.  This isn't an exact number because I don't have all serial numbers recorded.  Some instruments could be double counted.  One of the goals of this website, is to identify and catalog as many surviving pianos as possible. 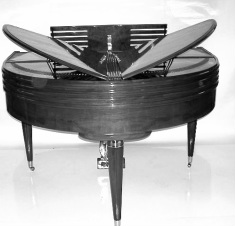 If you have access to or knowledge of Wurlitzer factory records, Wurlitzer Bulletins, factory photos, catalogs, etc. relating to the production of the Deluxe 88 key Butterfly Grand Piano, please contact us and help contribute to this site.  Corrections to this site based on facts or records are greatly appreciated.

If you own or know of the existence of a Butterfly Piano, please contact us so that we may add it to the registry of known instruments.