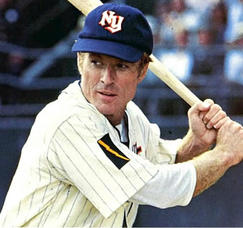 Wurlitzer Butterfly In the Movies!

While recently watching an old movie, I was totally surprised  to see the music desk from a Wurlitzer Deluxe Model 1411 Butterfly Grand flash across the screen.

The Natural is ﻿a﻿ 1984 sports drama. It is a film adaptation of Bernard Malamud's 1952 baseball novel of the same name, directed by Barry Levinson and starring Robert Redford, Glenn Close, and Robert Duvall. The film, like the book, recounts the experiences of Roy Hobbs, an individual with great "natural" baseball talent, spanning decades of Roy's success and his suffering. It was the first film produced by TriStar Pictures.

Other Famous People with ties to the Wurlitzer Butterfly Piano

Tele Savalas
​
A Wurlitzer Butterfly piano was owned by Tele Savalas' first wife.   She got it in 1940.  Sold out of storage by her daughter in roughly 2007.  Then sold through OTW Antiques.

Libby Holman
​
One Piano owned by another distinguished personality was Libby Holman, famous torch singer, who chose a Wurlitzer Butterfly Grand Model 1411 for use in her participation in the Marblehead Summer Players.

William Conrad
​
Another Model 1411 Wurlitzer Butterfly piano was owned by William Conrad. The story goes that he played the piano in a funeral parlor as a youth to earn side money.